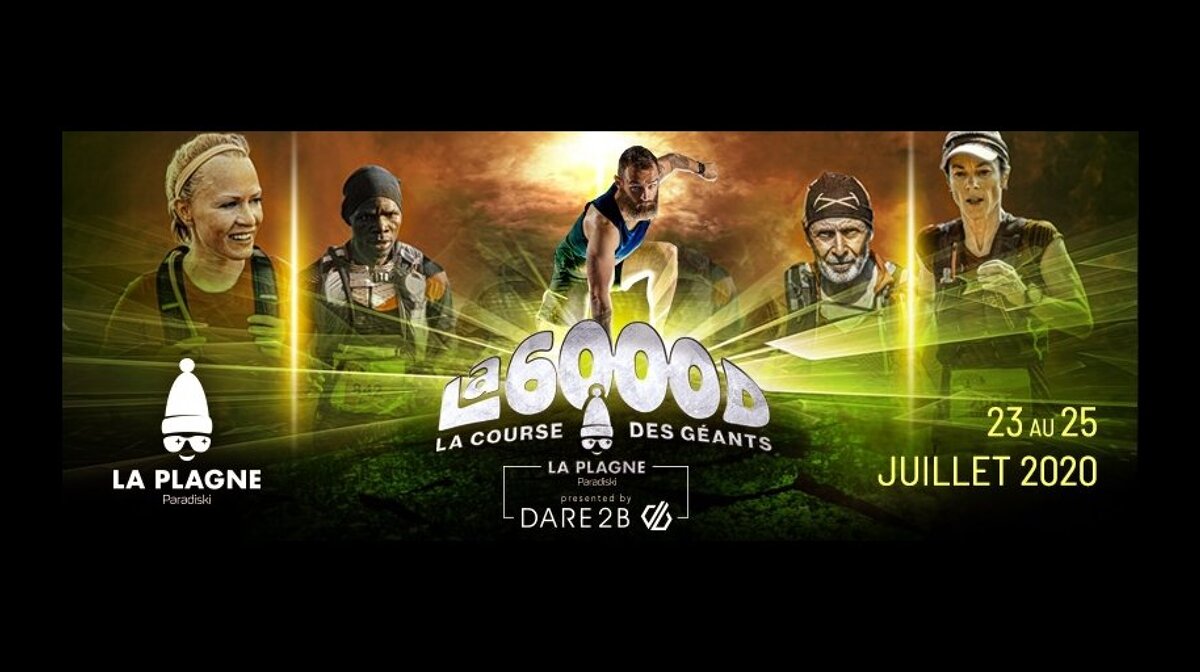 The 6000D, a legendary race and the first of its kind, is still considered a challenge by most trail runners. Climbing from the apple orchards up to the glacier is a real feat.

Dubbed “La Course des Géants” (The Race of Giants). The 6000D course starts in Aime and climbs up to the summit of the Bellecote glacier before returning back down via the Col de l’Arpette, Plagne Bellecote and Montchavin. Since 2013, it goes through the Olympic bobsleigh track on the way up (km10).

Due to its success there are also a number of shorter courses including the 6D Lacs, a 27km run from Plagne Bellecote up to the Roche de Mio and back that passes the lakes of Les Blanchets and Le Carroley.

The 6D Verticale is a hill climb for all levels of runners (beginner, intermediate or experienced) so that everyone can participate in the great 6000D weekend. The 5 km climb with 1000 m vertical rise leaves from La Roche (Village of Olympic Bobsleigh track) and will take you up to the top of the Grande Rochette above Plagne Centre.

The 6 Découverte is a hiking race of 11km that is open to people of all abilities. It also starts and ends in Plagne Bellecote, taking in the Dou du Praz plateau and Lac Vert along the way.

The 6D Bob has partakers running up the Olympic Bobsleigh track with an average gradient of 8.2%, with a maximum of 14% and 1.5km and 124m elevation gain.

Children can take part in the 6D Aventure, an orienteering course using Garmin GPS devices to follow the route and solve clues along the way. Open to all children aged from 6 to 16 years, can be entered as a family or with an accompanying adult. They also have the 6D Mômes on the 500m circuit in Plagne Centre, which they run once or several times depending on their age group (minimum age is 6).

The 6000D will be a qualifying race for the North Face® Ultra-Trail du Mont-Blanc® and you will be awarded four points when you register.

The mountains around La Plagne

For places to stay during La 6000D, check out our accommodation guide.