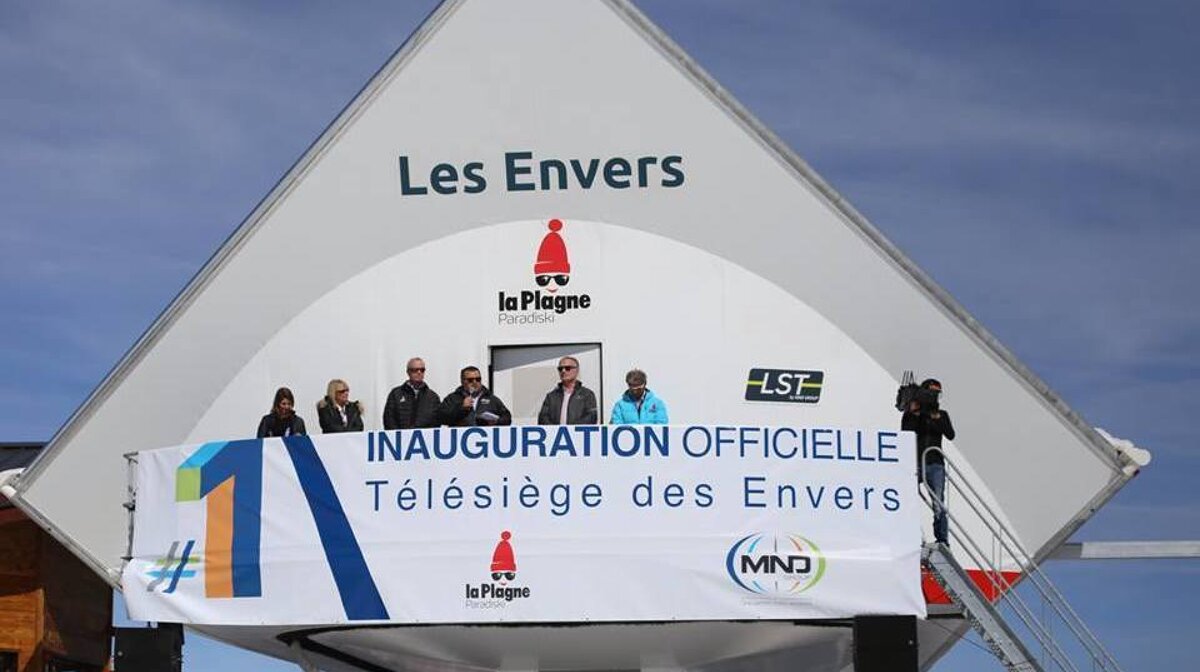 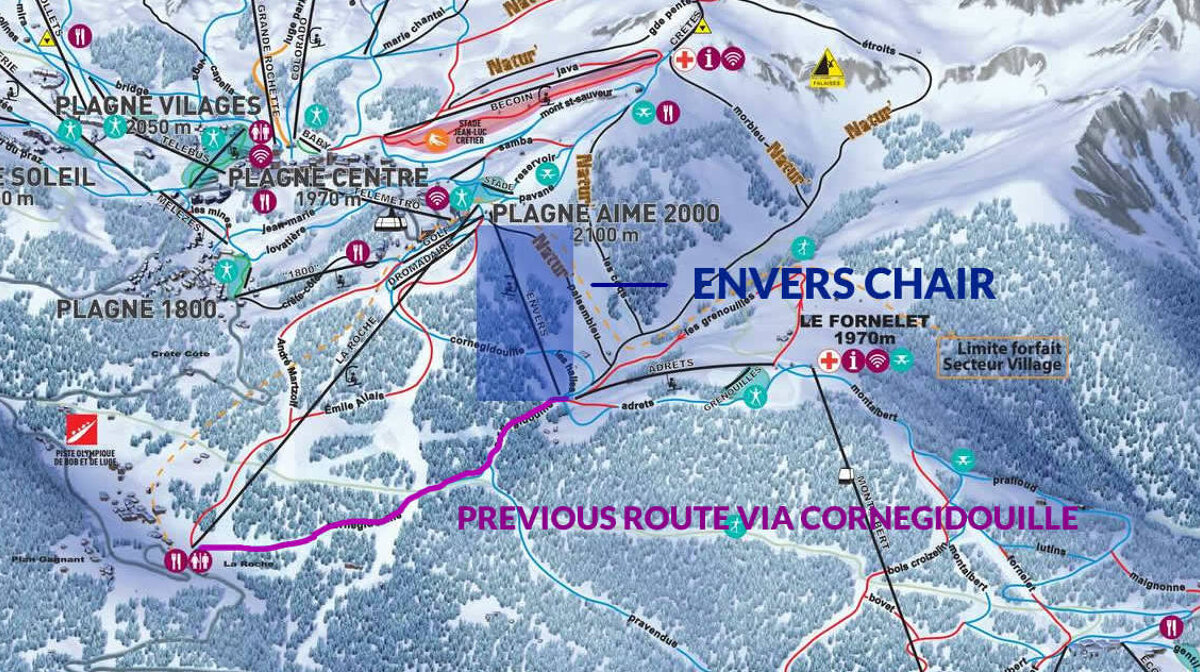 The new Envers chair finally opened in La Plagne over the weekend, re-establishing the direct link between Plagne Montalbert and Aime 2000 after more than a year of delays. The Envers replaces the slower Coqs chair and rises from a base next to Adrets in the Montalbert sector (1790m) to the top station above Aime (2120m), over a distance of around 1km.

The construction of Envers has been dogged with problems with the launch originally scheduled for December 2016. The chair officially opened in April last year but remained resolutely shut for the remainder of the season, opening only briefly in summer for walkers and mountain bikers. Delays were blamed on various problems, including replacing the first two pylons. With 14 months of suspensions, let’s just say you probably wouldn’t have wanted to be Project Manager on this one!

Prior to the opening of Envers, access to the main area from Montalbert involved a lengthy trek down to La Roche only to then double back on yourself taking the La Roche chair up to Aime 2000. This led to bottlenecks during busier times in the season as riders from Aime, 1800 and Montalbert all converged on the same chair for access back up to the main area.

Now that Envers is finally open, skiers and snowboarders simply jump on the chair at the Adrets base for quick access to Aime 2000 and, subsequently, all the other stations in the main ski area in just over four minutes. This compares to around 12 minutes on La Roche, not to mention the time saved by not having to ride down to its base near the bobsleigh track. Envers is a welcome addition to the La Plagne lift network. The chair forms part of an ambitious expansion plan across the resort scheduled for delivery over the next three years.

You can watch a “flat” video of the chair ride above or an immersive 360 version at the bottom of this page. Note - 360 tends to work best on laptop/desktop rather than mobile.