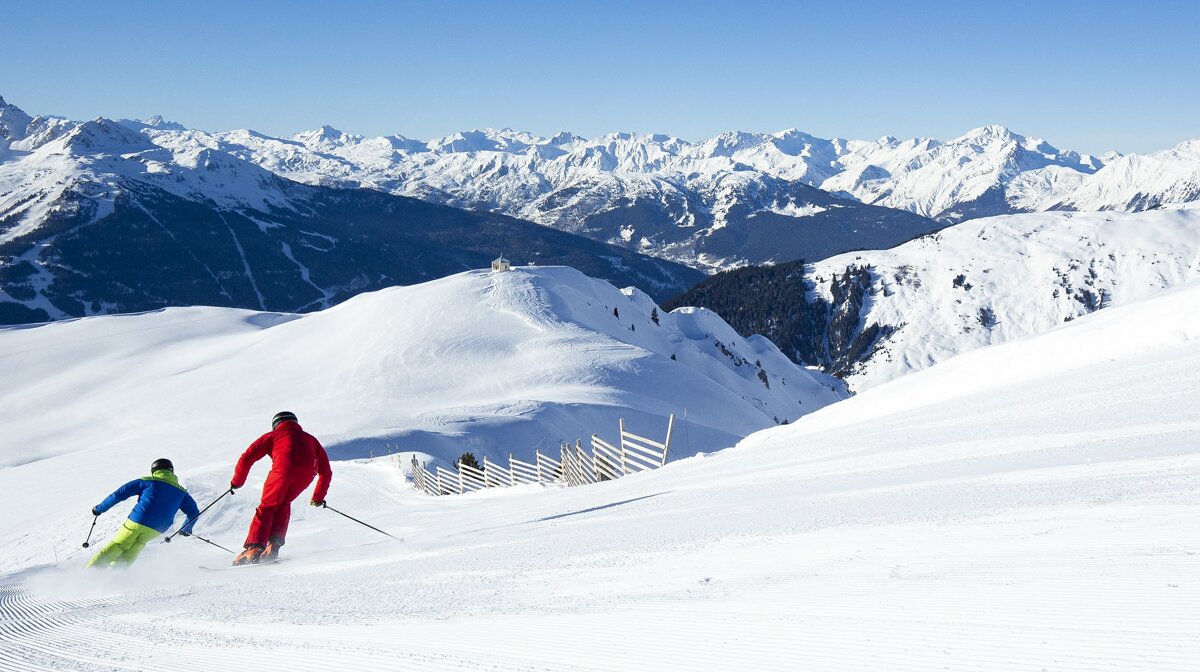 It's very cold and the days are short, but the skies are blue and the pistes are quiet, so wrap up warm and get outside to find new year adventures.

After the Christmas holidays are over, January is the quietest part of the main winter season in La Plagne. This means you have the slopes to yourselves, rarely have to queue for a lift and can enjoy pistes in great condition.

The quiet conditions on the mountain don’t translate to quiet nights in the town. There are fewer families and more adult visitors, meaning it can be easier to get a table at a restaurant, and the bars are buzzing with plenty of live music and party nights to keep you entertained whilst you warm your hands on a glass of vin chaud.

Read on for a look at what we like to do in resort throughout January.

What are the weather & snow conditions like in La Plagne in January?

There is regular snowfall - on average 13 days - and subzero temperatures keep it nice and fresh. In January the average daytime temperatures generally fall between a high of -3°C and a low of -11ºC, getting around five hours of sunshine. Definitely pack those thermals!

It’s almost always one of the snowiest months in resort, but the lower down areas such as Montchavin and Montalbert don't always benefit quite as much from the early storms. But up in the main areas of Plagne Centre, Bellecôte, Belle Plagne, Villages, Soleil and Aime there is by this time of year usually a deep and wide cover that will guarantee good riding for the rest of the season. 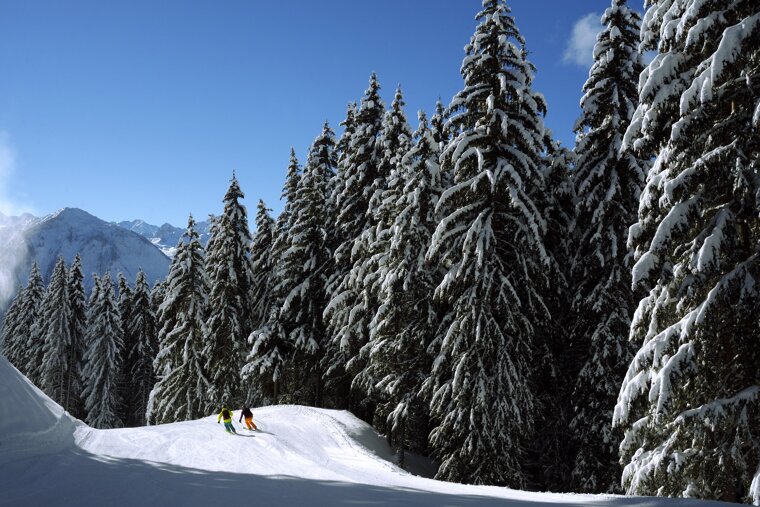 What's on in La Plagne in January?

Snowshoeing with dogs
Grab your snowshoes and join the sled dogs for an afternoon exploring on the snowy tracks and woodland paths around La Plagne. Depart is from the L’Écrin de Baloo

Australia Day
On 26th January, our antipodean friends celebrate their national day. Australia Day has become a day to celebrate for all nationalities and it’s now an institution across the Alps. You'll probably see large groups of seasonnaires BBQing on the slopes and then hitting the town afterwards. 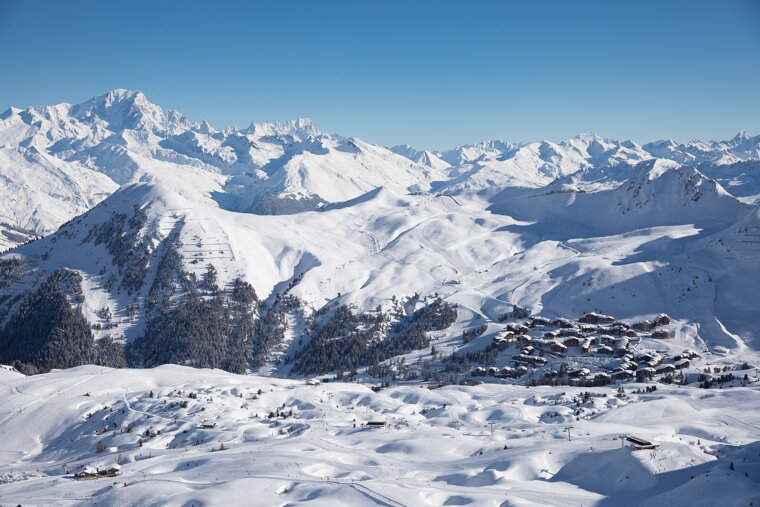 With all those empty pistes, no lift queues and perfect conditions, we like to get out into the mountains on our skis and snowboards as much as possible.

If you visit the resort in January you can buy a lift pass and join one of the local ski schools' many ski or snowboard lessons taking place around the resort. 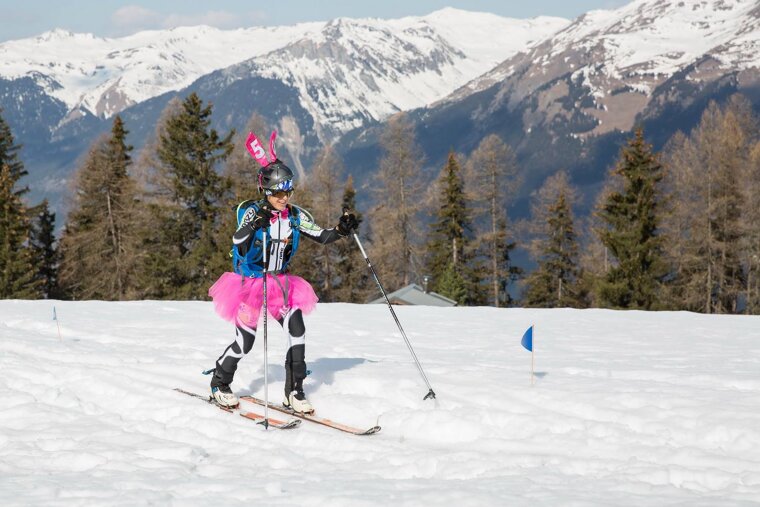 Bobsleigh and Skeleton
La Plagne has previously hosted the Bobsleigh and Skeleton World Cup on its La Plagne bobsleigh track. This is the only course in France, built for the Albertville 1992 Olympics and is one of only a handful of officially recognised bobsleigh courses in the world featuring a stomach-churning 19 turns over a total length of 1.5km.

The track winds its way down a steep ravine a little below Plagne 1800 to the base at La Roche. If you’re the type that prefers 'to do' rather than to just watch, remember La Plagne offers Bob Raft, Speed Luge and Bob racing experiences, so you can witness the thrill of riding the track first-hand. It’s the closest us mere mortals are ever likely to get to doing these thoroughly exhilarating sports.

Savoyard cheese-making
Most people aren’t aware but, in the summer months, the lower runs of La Plagne are used for farming and the area is renowned for producing some of France’s best-loved and highest-rated cheeses. Learn the skills involved in this ancient art in the traditional village of Montalbert. 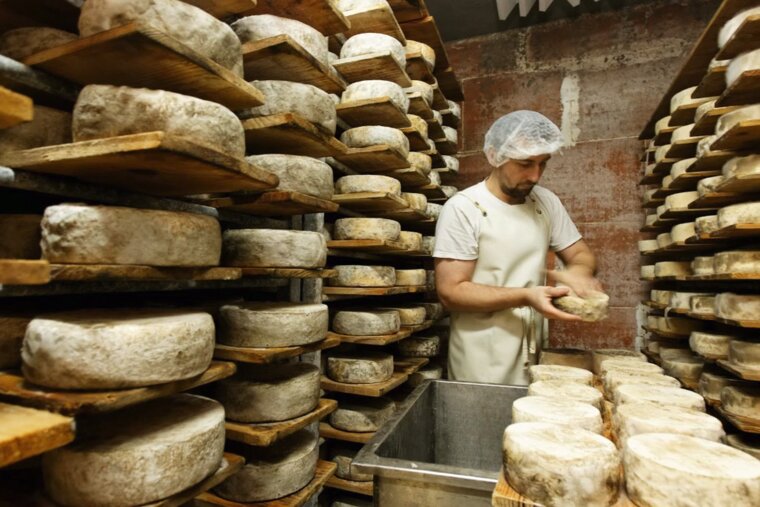 At this time of the season we are looking forward to some live music sessions, whether from local bands or even one of the open mike nights and jam sessions that the local bars often hold. So, whether you fancy yourself an Adele, Bob Dylan or a Satriani, there's definitely somewhere you can 'entertain' the crowds.
Of course, that's if we've made it home from one of the many après-ski events taking place every evening across town.

Après-ski at La Folie Douce in Les Arcs
Strictly speaking not really La Plagne, but there is a Folie Douce in Les Arcs. Famed for its lively and inventive cabaret, the Folie Douce is an après experience like no other. Although the party tends to get properly started later in the day, the bar is still well worth a visit - even if you’ll have to start thinking of heading back before the lifts close. The new Folie Douce Les Arcs is located near the Villards gondola just above Arc 1800. 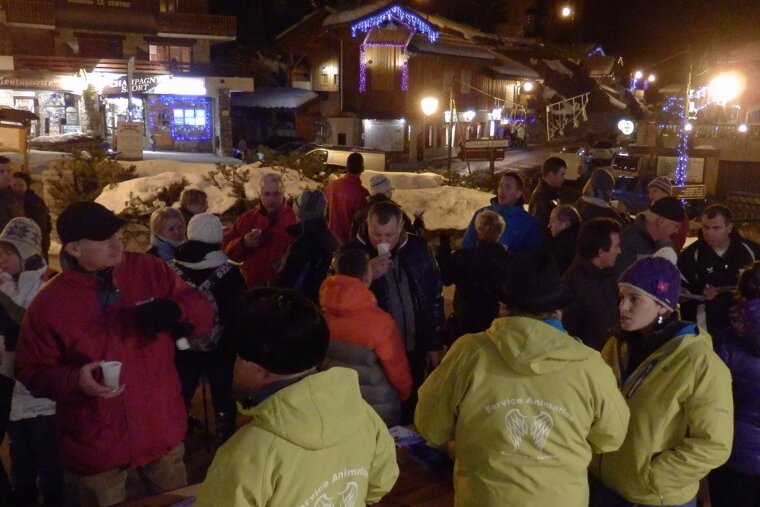 As mentioned above, January is one of the best months to come to La Plagne, both in terms of prices and also the fact the resort will be very quiet for the next two to three weeks. If you can make it, it would be great to see you out here! Check out our events calendar for more ideas.